This expedition will take you to a part of the Serengeti known as the Western Corridor. The main feature of this area is the two Rivers: the Grumeti and the Mbalageti. This area sustains a very good permanent wildlife population, including all the predators, zebra and wildebeest. There is also a wide variety of birdlife. The migration passes roughly between May and July, pausing to gather momentum before crossing the crocodile-rich waters of the Grumeti River.

You will be met at Kilimanjaro International Airport and welcomed to Tanzania by a Samora Explorers Ltd staff member. He will drive you to Arusha and your accommodation where you will have the chance to relax and prepare for tomorrows safari.

Dinner and overnight at Tulia Hotel.

In the morning you will start your safari with a drive to the Tarangire National Park. The park is roughly the size of Luxemburg and covers an area of about 2,600 km². Bush savannah, seasonal swamps and giant baobab trees make up the landscape of this nature reserve and the park is probably one of the best places in East Africa to see elephants. From the open roof of the safari vehicle you will be able to watch them and absorb the landscape. Apart from elephants, the park is also home to Masai giraffes, various gazelles, antelopes, buffaloes, lions, leopards, baboons and more than 500 types of birds. After an extensive game drive you will leave the park in the afternoon and drive to your accommodation in Karatu.

After breakfast, you will continue towards the fertile highlands where wheat, coffee and corn are grown by the Iraqw people. Passing through the Ngorongoro Conservation Area, you will be able to see the breath-taking Ngorongoro Crater before traveling onwards to the Serengeti National Park, which you will reach by midday. The Serengeti National Park is the largest park in Tanzania with diverse landscapes and habitats, such as grassy plains, swamps, lakes, savannah and mountains. After an extensive game drive, you will drive to your accommodation where you will enjoy dinner and an overnight stay.

After breakfast, you will head straight towards the western corridor on which the drive takes approximately 1.5 hours.

Around end of April, May and June, a vast army of wildebeests along with its partners: zebras, elands and gazelles mill around the Western Corridor of the Serengeti, south of the Grumeti River. You can encounter leopards and hyenas and ahead by giant Nile crocodiles, many hundreds perish as some hazard the river crossing while others detour it. But the beauty of the landscape, stretching without end beneath an infinite sky on a Serengeti West Safari, changes something within the watcher, who becomes more aware of the place of humankind within the drama of the animal world.

You will then head straight to your accommodation, where you will have dinner and overnight.

This entire day is set aside for game drives upon the Western Serengeti. Later Afternoon drive to Central Serengeti, The Serengeti is habitat of an abundance of wildlife such as impala, buffalo, crocodile, and hippo, is more well-known for its great migrating herds of zebra, antelope, and wildebeest. The animals’ trek is determined by the rainfall and varies from year to year. In November and December the animals move from the northern region, dominated by woodlands and hills, to the grassy plains of the south. During the longer rainy season from April to June they return to the north. Apart from the migrating herds, we may have the opportunity to see the resident predators, leopard, cheetah, and lion, fulfilling their role in the circle of life.

After an extensive game drive we head for your accommodation for a hearty dinner and another night by the fire of relaxation and conversation under the sweeping majesty of the star bright African night out upon the ‘Endless Plain’.

After breakfast you will head out for an en route game drive through the Serengeti. You might be able to spot the “Big Five” – lion, elephant, buffalo, rhino and leopard – before embarking on your journey to Ngorongoro Crater. This UNESCO world heritage site, formed millions of years ago, is 600 m deep and covers roughly around 260 square kilometres. Due to its dense animal population of approximately 25 000, the Crater offers the best game viewing of all the parks in Tanzania. You will arrive at the Crater rim before lunch. You will descend into the Crater and very quickly, you will be able to see wildebeest, zebras, gazelles, elephants and some of the more than 500 bird species in the area. With a little bit of luck you might catch a glimpse of the endangered black rhino through the grass.

After lunch and a full afternoon inside the Crater, you will head to your accommodation for dinner and an overnight stay.

This last day will be taking you to the paradise of the primates and aquatic birds. The lake manyara national park offers breathtaking views and a large variety of habitats such as acacia woodlands and underground water forest. The park is very small but is able to support the large number of animal species and incredible bird life. It has the large concentration of baboons, giraffes, elephants, impalas and the lions here are known for their tree climbing. After a short game viewing at the lake manyara national park, you will be driving to the airport [JRO] or [ARK] catching the flight to Zanzibar or home with an amazing experience.

Here will be the end of our safari service. Thank you for experiencing Tanzania with Samora Explorers Ltd and hope to see you again. 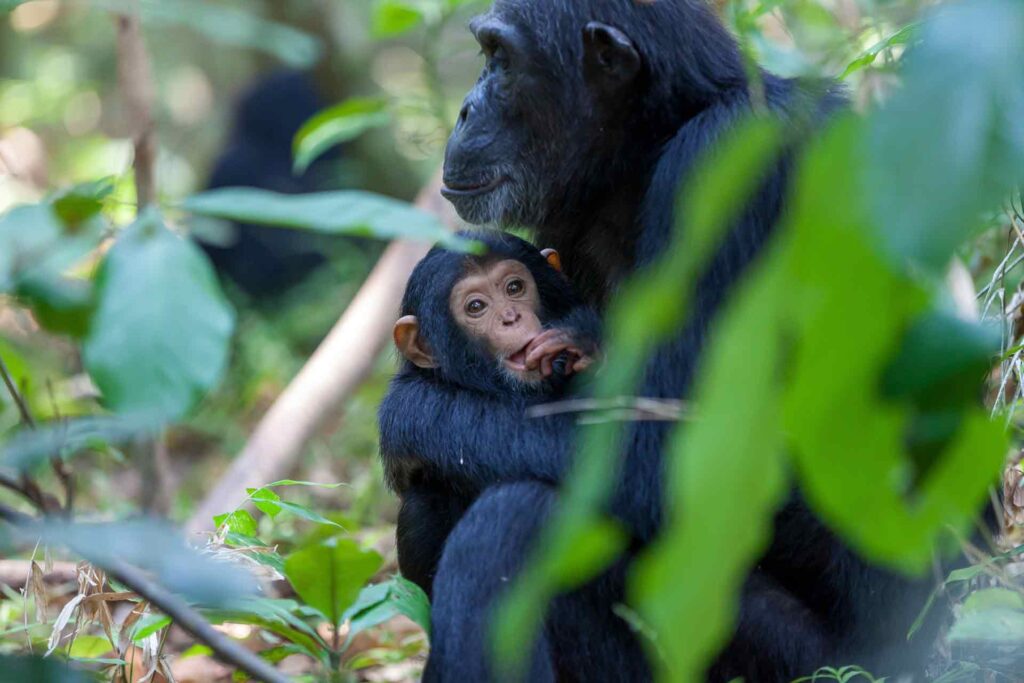 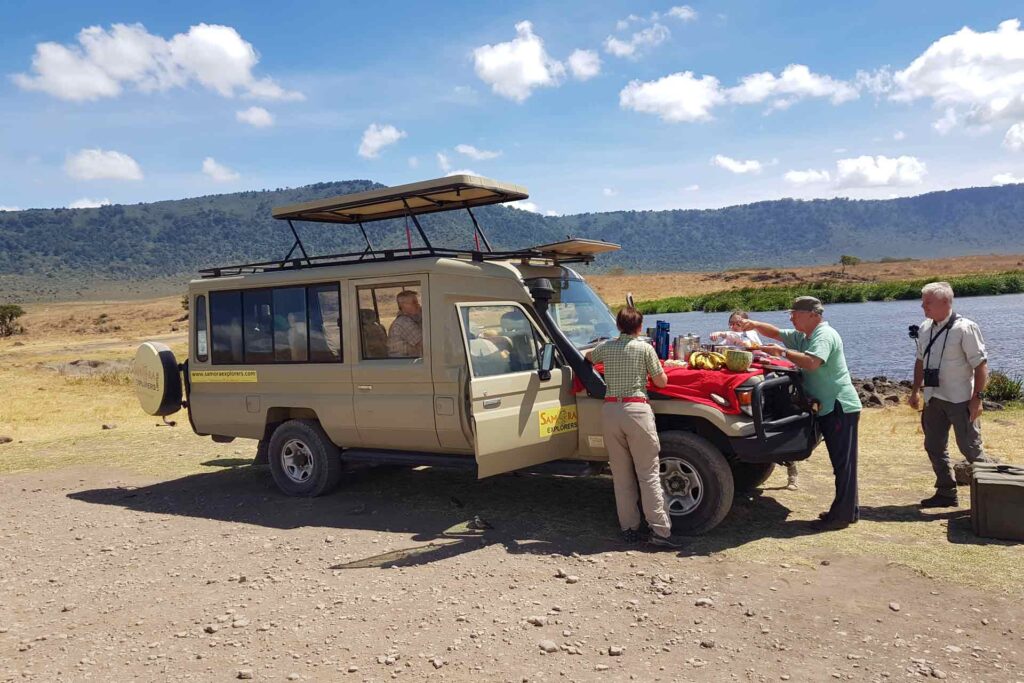 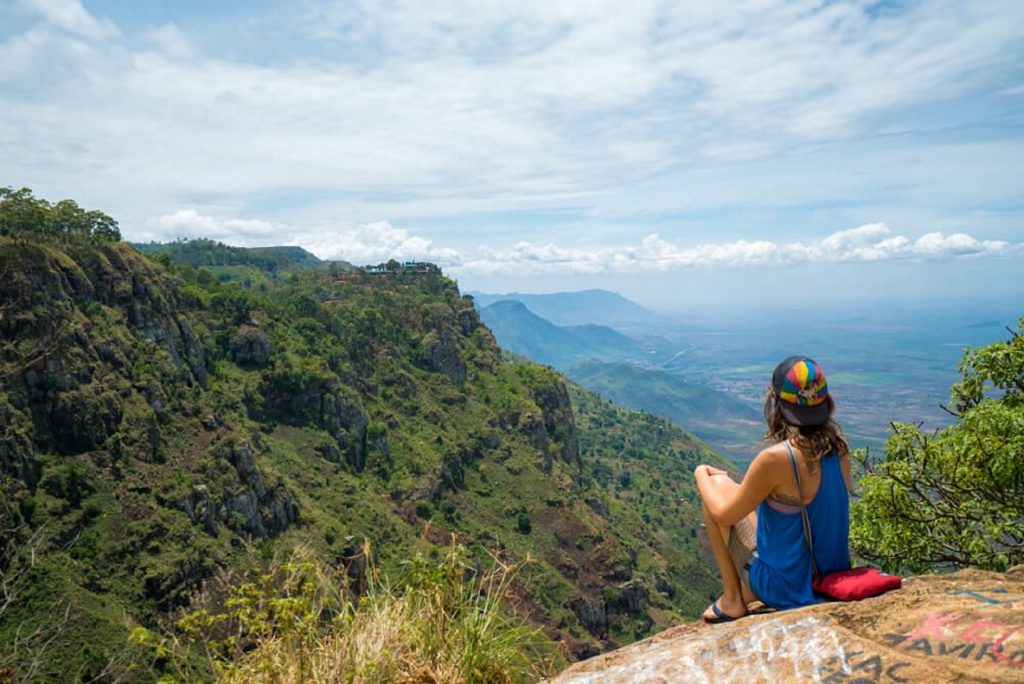